How businesses can adapt to the post-pandemic era

As we have surpassed the one-year mark of the global COVID-19 crisis, it is heartening to see that many businesses have accepted the challenge and adapted to serve their customers and communities while protecting their employees. Let us identify some of the trends that will shape the impending normal and how businesses might adjust or change in the process.
Written by
Priyanka 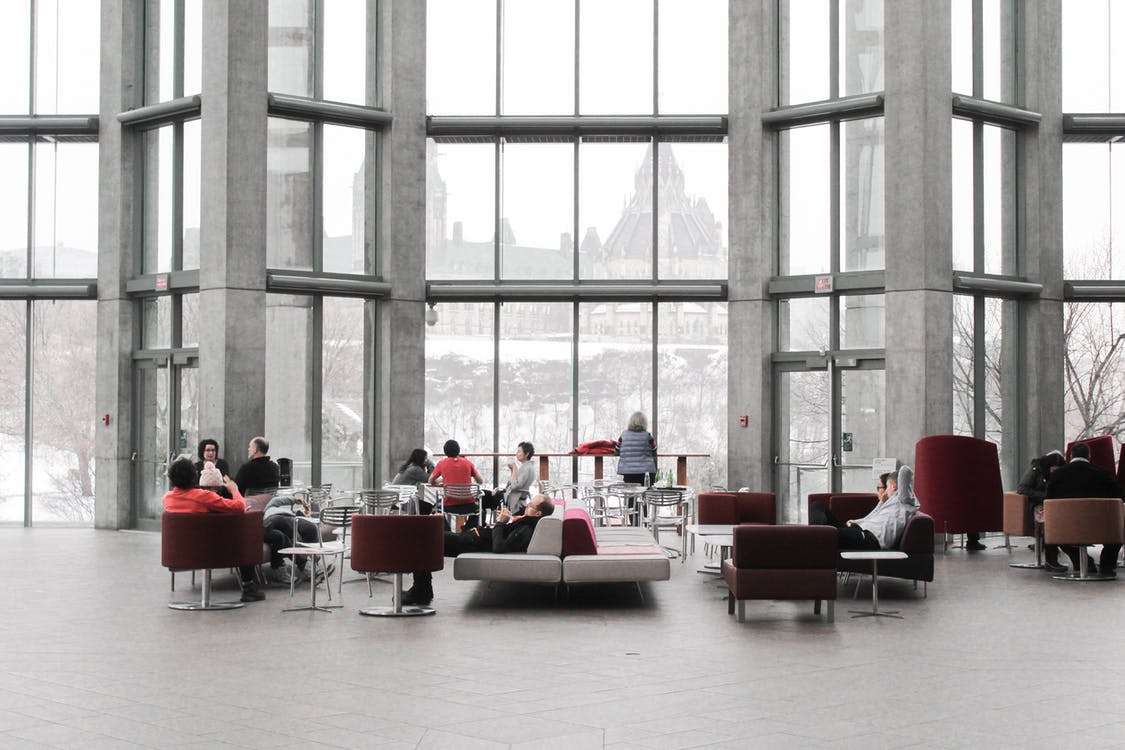 The year 1968 is widely thought of as the worst year the world faced since World War II. It was the year Robert F. Kennedy was assassinated, Martin Luther King Jr. was murdered, the streets of Paris were burning with riots, and the Vietnam War was at its peak.

Then 1969 came along. When it felt like things might only get worse, mankind took its first step on the moon. The Apollo 11 mission succeeded, and Buzz Aldrin and Neil Armstrong became the first humans to walk on the surface of the moon. Then Concorde took to the air for the first time in France, and Boeing’s 747 jumbo jet made its debut. It was also the same year Woodstock happened.

It seems like history is repeating itself. People across the globe have spent most of 2020 struggling to adapt to the extraordinary circumstances that the pandemic introduced. The year brought an unspeakable human and economic toll, destabilising both lives and livelihoods. It has changed every aspect of the way we work and live. Just as the terms “pre-war” and “post-war” were commonly used to describe the events of the 20th century, the future generations will discuss the events as “pre-COVID-19” and “post-COVID-19” periods.

Hopefully, 2021 will be the year of transition for every business, be it big or small. Let us identify some of the trends that will shape the impending normal and how businesses might adjust or change in the process.

The businesses that are still thriving despite the pandemic are the ones that quickly shifted to a new scalable model. There is a radical change in demand patterns for products and services across sectors, exposing points of fragility in the operating models.

Amid news of car sales plunging worldwide in 2020, the Washington Post reported that David Kelleher and his sales staff at David Dodge sold more cars in July than in any previous month in its 15-year existence. When the lockdown was at its peak, Kelleher created a business development centre to consolidate online leads and placed his desk prominently just inside the front door. The sales team resorted heavily to online communication and even accompanied customers on test drives through Zoom and FaceTime. Some customers even did the whole deal online, in which case their vehicles were delivered to their doorsteps. This is what Kelleher and his top salesperson have to say about their new model, “We are never going back.”

Similarly, businesses that want to sustain a crisis or more acute potential shocks must also reimagine how to recover, organise and operate to succeed in the face of any future unpredictability.  ‍

The Great Depression hit Ford Motors badly. They were forced to lower the wages that led to worker strikes due to fear of frequent layoffs. Amid this crisis, Henry Ford was faced with a dilemma. Even though he publicly opposed the U.S. entry into World War II, he could not resist being patriotically inspired after the attack on Pearl Harbour. By the end of the war, Ford had built 86,865 complete aircraft, 57,851 aeroplane engines, 4,291 military gliders, and 277,896 versatile vehicles like tanks, armoured cars and jeeps. While the motor business seemed like it was collapsing, this navigation not only established them in the market once it passed but also earned Mr Ford a distinguished medal by the American Legion for his contribution to the rehabilitation of veterans of both world wars.‍

2.Treating talent as the scarcest resource

The current times have revealed that the main barrier to the sustainable growth of businesses is not the lack of demand from the conventional market side. Instead, it is the challenge of hiring and retaining top talent in a world where skilled people are scarce and increasingly demanding. Therefore, one of the most noticeable characteristics of businesses that adapt well in challenging times is good employment policies.
Morrisons, a supermarket chain in the United Kingdom, forged a way of showing appreciation for its employees by increasing their bonuses. The food giant announced that they would pay employees a six per cent bonus on all earnings for the next twelve months. This summed up to a threefold increase compared to the bonus amount that was usually paid. These payments were also made quarterly rather than annually so that employees would have more timely access to funds. This move was then mirrored by other established chains in the country, including Aldi, Asda, Tesco, Sainsbury’s and others.

Increasingly, employees today are looking for jobs that are more meaningful and offer a sense of security. Businesses must continue to show a profound inclination for matching the right talent to the most critical challenges, regardless of hierarchy. The future of scalable businesses is vested in the trade-off where a premium is placed on someone’s character and results rather than expertise or experience.                                                    ‍

After stabilising operations and safeguarding employees, the next step for businesses is to find authentic and creative ways to show empathy and emotionally connect with their customers. Businesses need to redefine customer journeys and accelerate the development of digital solutions where the emphasis will be different for each sector. In the last few years, data libraries have grown massively, and this may also provide insight into shifting customer situations, behaviour and demand patterns.

In the wake of the extended lockdown, an independent beer distillery in UK BrewDog started using its facilities for manufacturing hand sanitisers. Its founder James Watt announced, “These are unprecedented times we are living in, and we are determined to do all we can to help those in need. In the last 14 days, we went from not knowing anything about hand sanitisers to becoming a fully approved supplier to the National Health Service (NHS). So far, we have made and shipped over 100,000 units of our hand sanitiser for free.”

The brand is widely known for its irreverent marketing, but they showed their humanitarian side by taking a more serious than usual approach. They collaborated with the NHS and local charities and worked around the clock to provide hand sanitisers to those in need. This selfless move is bound to remain in the hearts of customers even when the pandemic is long gone.

This crisis has offered companies a unique opportunity to build trust with their customers and reset. Most importantly, it is ethical not to exploit the situation, even as a by-product of responding to new demands. Connecting with customers in a caring and empathetic manner during these difficult times has the potential to create authentic connections that will far outweigh any cheap marketing gimmick.‍

Automation goes beyond traditional data management. It extends to systems that integrate all the processes to maintain control over issues such as customer relationships, sales, analytics, planning, standardisation and development.

A good example is Groove, a customer service help-desk company that effectively uses marketing automation to monitor on-site visitor behaviour and trigger emails. So if a customer is taking too long to perform a particular activity on the website, an automated email is sent to them, assisting with completing that task easily. This automation campaign increased visitor response rate by 10% and customer retention rate by 30% after the initial 30-day period.

Brands in every sector are automating at least some business processes. More than ever, businesses need to identify roles that do not offer actual value and replace them with automated systems for reliability, productivity, performance and cost reduction.

Fanta was born during World War II in Germany. Max Keith, the head of Coca-Cola’s Germany division, was known to be more loyal to the company than his country. But in 1941, when the United States entered the war, all official contact between Keith’s German part of the company and the Coca-Cola company stopped. To make it worse, the scarcity of ingredients in Germany made it almost impossible to manufacture Coca-Cola products. Keith created the first-ever Fanta out of the leftover apple fibres mashed from cider presses and whey. His factories faced bombing every week, yet he used parts of the factory that were not bombed to continue the production. Fanta became a big hit, but Keith was forced to nationalise his company. When Germany lost the war, Keith’s company was reunited with The Coca-Cola Company. He was celebrated in the US for keeping Coca-Cola alive single-handedly in Europe. Keith was later promoted to President of Europe’s Coca-Cola operations while Fanta was released worldwide.

5. Contributing towards a sustainable future‍

Since the world came to a standstill, both governments and global businesses have been realising that responding to COVID-19 and sustainability issues are not mutually exclusive efforts.

Walmart, the world’s largest retailer, decided to transform its operations to battle climate change. Walmart asked more than 60,000 suppliers to join that mission; the impact is enormous.

So far, over 2,300 of Walmart’s suppliers have signed on and avoided 230 million metric tons of emissions through their own sustainability efforts in energy, packaging, agriculture, forests, waste and packaging use and design.

The pandemic has revealed that sustainability will always be a part of the bigger economic picture. Every business must do its part in stabilising the environmental aspect as it directly affects the overall well-being of our lives.

The pandemic has been an economic and human catastrophe whose long-term repercussions are yet to be determined. However, it has also jolted many businesses into action, accelerated trends that were already in play and triggered new ones. The future of our global economy is taking shape in the moves that businesses are making now.

As we have surpassed the two-year mark of the global COVID-19 crisis, it is heartening to see that many businesses have accepted the challenge and adapted to serve their customers and communities while protecting their employees. Working differently and dynamically would do well if businesses become stable enough to remain at the top while being flexible enough to change the direction.

Finally, we do believe that in some ways, the new normal could be better for us. With good leadership from both businesses and governments, the changes will provide an enduring foundation in the long run.

Priyanka began her career as a creative content writer. With over eight years of content marketing experience, she works on our content strategy.
Edited by
Mukti
Proofread by
Sharon
Illustrated by

Creating the right content for every stage of the buying cycle

Why content is the best investment for a marketer

Get all our blog updates delivered straight to your inbox

Thank you! Your submission has been received!
Oops! Something went wrong while submitting the form.
We take your privacy seriously. No spam. That's a promise.

An independent, global team of content marketers united by a common purpose.
‍